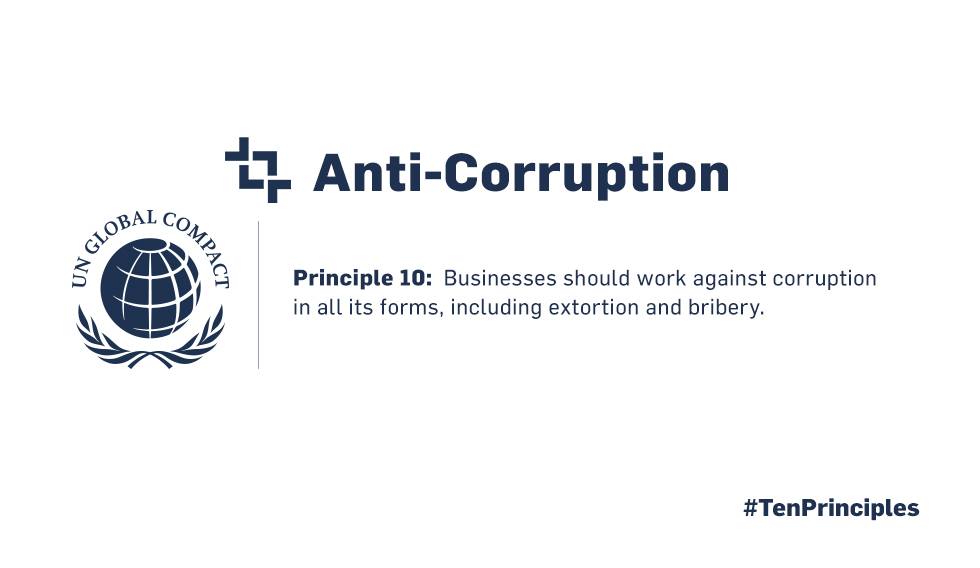 New project aims to expand and build upon the activities under the UN Global Compact project, Scaling up Anti-Corruption Collective Action within Global Compact Local Networks

In signing up to the Ten Principles of the UN Global Compact, companies commit to “work against corruption in all its forms, including extortion and bribery.”  The UN Global Compact engages with businesses all over the world to develop policies and programs to address corruption and to realize a more transparent global economy.

Commenting on the launch of the project, Sanda Ojiambo, CEO & Executive Director of the UN Global Compact, noted:

“The challenge of combating corruption has become even more important as the pandemic has proven to be a test for governance, public trust and the rule of law. The private sector has a key role to play in supporting international anti-corruption efforts and implementing the UN Convention against Corruption.”

To this end, the project adopts a three-pronged approach:

Advancing Collective Action against Corruption through Global Compact Local Networks is supported under the Golden Stretch Funding Round of the Siemens Integrity Initiative.