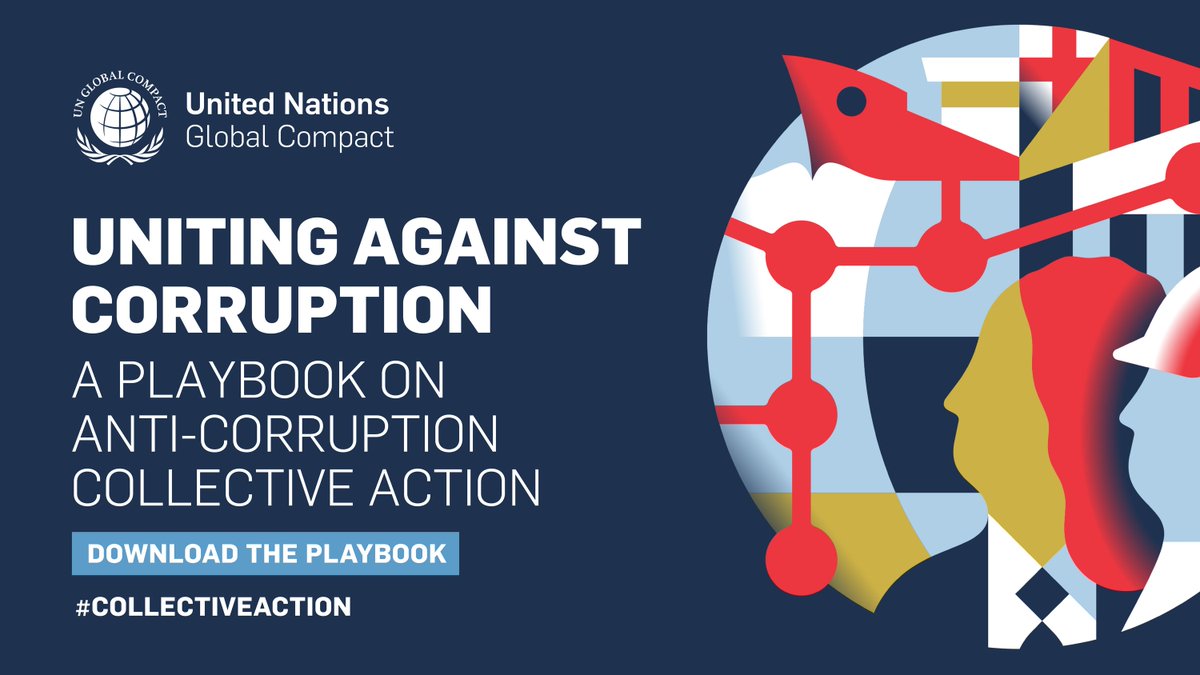 Guidance on fighting corruption for companies and other stakeholders from civil society and the public sector was launched at the 2021 UN Global Compact Leaders Summit.

Through a six-step approach, the Uniting against Corruption: A Playbook on Anti-Corruption Collective Action enables companies to make a clear diagnosis of their local corruption landscape, identify and engage stakeholders and apply the Collective Action methodology to address identified corruption challenges and to mitigate potential business risks. While private sector efforts have traditionally focused on developing and implementing internal anti-corruption compliance programs as a response to international and national legal and regulatory standards and frameworks, Collective Action can complement existing regulation or fill a void when regulation is inexistent or not enforced.

Commenting on the Playbook launch, CEO & Executive Director of the UN Global Compact, Sanda Ojiambo, said: “Corruption hinders economic growth and social development and can weaken much-needed trust in public institutions and businesses, wasting supplies and resources. Collective Action is important to advance integrity and achieve a level playing field for all market actors. This Playbook is an important tool for ensuring we can bring an end to a systemic issue that is too complex for any one company to tackle alone.”