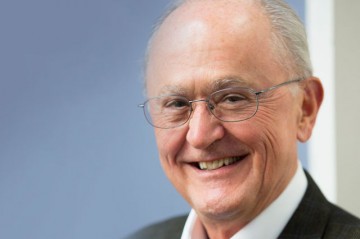 It was with great sadness that we learned of the passing of John Gerard Ruggie on 16 September 2021 at the age of 76.

John Ruggie was known for his brilliant mind, but he was also a warm, thoughtful and genuine friend and colleague to so many of us at the United Nations Global Compact.

Together with former UN Secretary-General Kofi Annan and Georg Kell, he played a pivotal role in the founding of the UN Global Compact in 2000, which over the past 21 years has grown to be the world's largest corporate sustainability initiative.

We will be forever grateful to him for his contributions to the development of our Ten Principles, which continue to be the DNA of the UN Global Compact initiative today.

John Ruggie’s contributions to the United Nations and the business and human rights landscape were plentiful and significant. He served as United Nations Assistant Secretary-General for Strategic Planning from 1997–2001 and played a key role in drafting the Millennium Development Goals.

His impact on the business and human rights movement cannot be overstated. He was nothing short of a pillar and institution and the immaculate thought leadership he produced through the creation of the UNGPs will have lasting effects for decades to come.

John Ruggie will be greatly missed by the UN Global Compact and its Local Networks around the world. We will carry on his legacy as we strive towards the future we want — and one he helped envision — while ensuring no one is left behind.